Welcome to Castle on the Coast’s 4th major update! This one features a dedicated speedrunning mode! We recently ran a beta test, so thanks to our testers many bugs were found and squished.

It replaces the compass UI element with a timer, tracking hours, minutes, and seconds (down to 2 decimals). 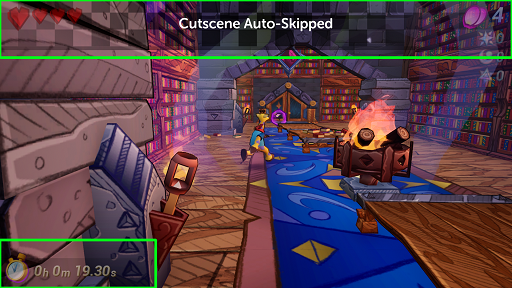 Cutscenes are not interesting for a speedrunner, so while in speedrun mode all cutscenes are automatically skipped for a seamless platforming experience.

A tedious aspect of speedrunning is dealing with RNG. In Castle on the Coast, this only came into play with boss battles. All bosses have either their random aspects removed or random numbers seeded with a set number. Normal players shouldn’t notice a difference.

There are some settings that can be abused during a run (removing invisible walls COUGH COUGH), so those buttons are disabled while doing a run.

Another handy feature: the timer is paused when the game is paused! Now you can take bathroom breaks mid-run.

I figured nobody could beat me at my own game, so I decided to go ahead and take the world record for MYSELF MUAHAHAHA!! You don't stand a GHOST of a chance at beating me! AHAHAHA!!! This video is fraught with spoilers. Avert your eyes if you want to experience the game yourself. I'm hoping to give an idea of how much fun this game can be to run.

Its worth noting the game takes ~4 hours to complete normally. Like most games, speed runs cut down playtime by a significant degree, especially in games where there are very few mechanics that intentionally make players wait.

A focus was placed on reducing the initial information overload that comes from starting a new game relating to collectibles. 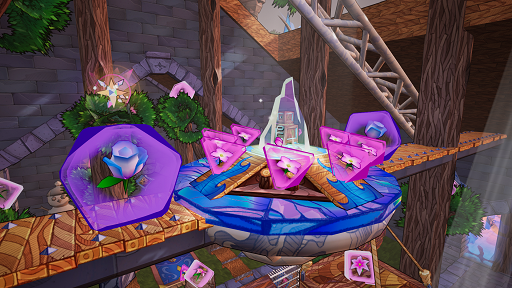 Some modifications were made to controls for a better platforming experience.

Thanks to those who participated in the beta test program and gave feedback! The input really helped give direction for improving the final product!

Update is available on PC and Mac. For the few who have Steam Beta Keys, the update is live on Steam as well.

Probably more bug fixing and polish! We may have some exciting news to announce, but we need to make sure things are solidified first.