Welcome to Castle on the Coast’s 5th update! A tutorial level has been added, and the game has been optimized to run XTRA FAST for MAXIMUM PERFORMANCE! Graphics settings have been added for those with slow (or beefy) computers.

We hope anyone previously locked out of the game due to low specs will have a chance to play!

A dream-like tutorial has appeared at the beginning of the game! 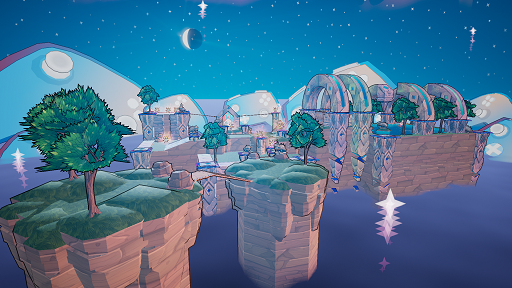 Players often felt overwhelmed when starting a new game. They would be surrounded by collectibles and wondering why the controls were not explained. This caused much discomfort. Hopefully the tutorial removes just enough mystery to get people started, while not revealing TOO much.

Intro cutscene has been redone to help the transition from tutorial to castle make sense. Players opening a previous save will enter the tutorial. This will give you a chance to nab the stars within.

The demo has the tutorial worked in as well, replacing the starting area (turn on arcade mode if you want to revisit it).

THE SKY IS PRETTY!

While my focus was shifted towards graphics settings, I realized light rays could be added to the world for S+ tier graphics. 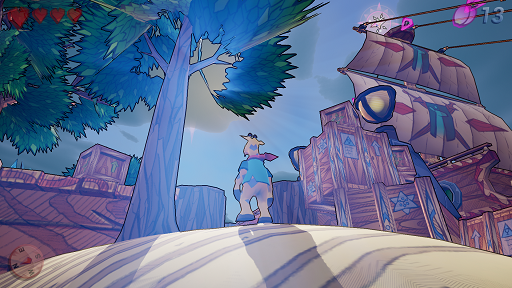 The sun now changes position based on where you are in the castle, allowing for more artistic placement per area. 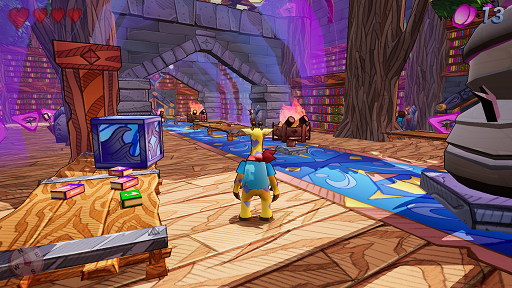 Shadows have been sharpened for extra style points baybeeeeee.

In preparation for porting, the game received some much needed optimization. You should notice a SERIOUS BOOOOOOST in FPS!

Need EVEN MORE BOOOOOOST in your FPS? Some graphics settings have appeared in the pause menu! A handy FPS counter will help you figure out what settings are best for your machine! 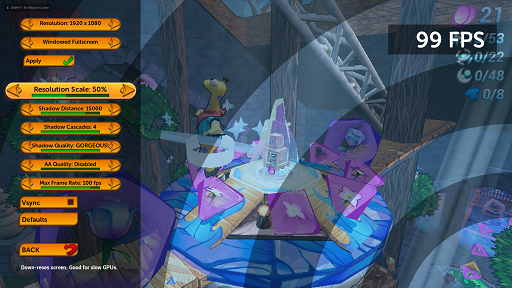 Shadow distance and screen percent will make the biggest difference.

Here's an exciting one!

Are you a completionist who likes scrubbing worlds for every last collectible? The compass has been repurposed to point towards uncollected stars, costumes, and flowers! Once an area is cleared, it will turn into a checkmark to let you know you have 100%ed wherever you are in the world. Thanks to Mendel and Meowskivitch for the suggestion. 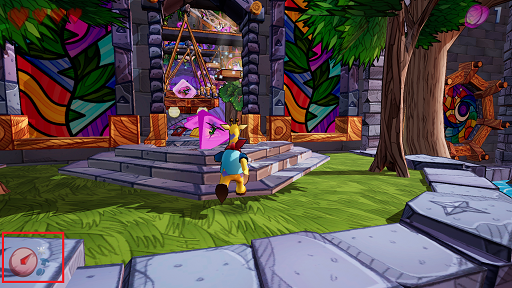 For anyone interested in credits, or who voiced a particular character (there is a surprising number of them), check out the new "about screen" in the main menu! An online version of the VO credits can be found here. 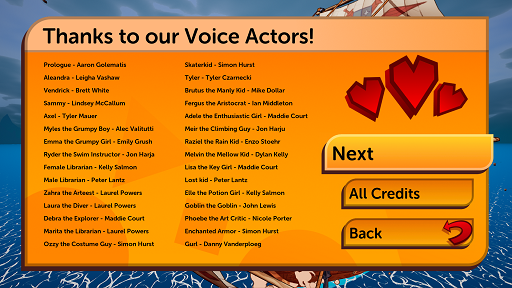 NOTE: Game has not been translated yet. Changes in that area are for future-proofing.

Update is available on PC and Mac. For the few who have Steam Beta Keys, the update is live on Steam as well. If the game was unplayable due to older specs, give it another shot! It runs much better now.

This update is most likely the last update until its official release! The game may receive some attention on the porting/language/marketing end from a potential publishing partner, but we need to leave that as unconfirmed until details are solidified.

Being satisfied with the current state of the game, I will be moving onto my next project outside of Big Heart. No worries! I'll still be in the Discord and Twitter, chatting it up and, when needs arise, making sure the game has a good launch.

Stay in touch @CastleCoastGame for COTC related news and its eventual, official launch!